1Lb. Nopal,Cactus in Powder the Frut

Secaucus, NJ
Member since July 2, 2007
(201) 668-3639
Please only contact the seller if you are interested in buying or bartering for this item. Spam and fraud will not be tolerated.
View seller's other items 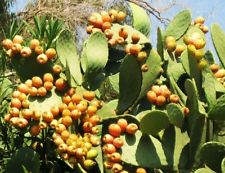 NOPAL Frut CONTAINS:
Soluble Fiber,Betalains,Taurine,Carotenoids,Ascorbic acid,FlavonoidsPolyphenols
TRADITIONALLY USED FOR:**
Weight Loss,High Blood Sugar,High Cholesterol,Inflammation
Obesity,Hangovers,Gastrointestinal Disorders,Inhibits Cancer Growth
Liver & Colon Health
Nopal frut has recently been recommended for a variety of disorders including metabolic, cardiovascular, and digestive. Over 12,000 years ago Ancient Mexican cultures originally began consuming the Nopal cactus for its nutritional qualities and ultimately adopted the Nopal cactus as a healing food. Over the last two decades modern science and research has increasingly focused on identifying the beneficial elements of many different indigenous and traditional therapies including Nopal. The Nopal cactus has rightfully garnered this attention and has demonstrated some remarkable findings.