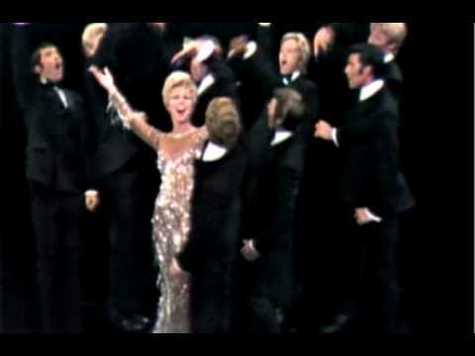 Please read carefully:
@
Several years ago it was reported that her spcials would be released on dvd. Instead, they opted to instead release a "best of" disc. So there's no possibility they'll be released in our lifetime!
@
Less than $12/each.
@
The following six are complete shows with original commercials.
Quality is average for these 35+yr. old shows! They're all very watchable.
The first special on "Roarin' 20s" has some transmission problems the first 60 seconds, as these were taped back with the first vcr's and before cable.
@
1. MITZI GAYNOR "ROARING IN THE '20s" 3/14/76 on CBS-TV with guests Carl Reiner & Ken Berry & Linda Hopkins. Original Commercials. 50 minutes
2. MITZI GAYNOR "SWINGING INTO SPRING" 3/29/77 on CBS-TV Wayne Rogers & Roy Clark. Original commercials. 60 minutes
3. MITZI GAYNOR â€œWHATâ€™S HOT WHATâ€™S NOTâ€ 1978 WITH BENNY GOODMAN AND GAVIN MCLEOD
4. MITZI GAYNOR â€œTRIBUTE TO THE AMERICAN HOUSEWIFEâ€ 2/4/74 on CBS-tv with Ted Knight, Jerry Orbach, Suzanne Pleshette, Jane Withers
5. MITZI GAYNOR â€œTHE FIRST TIMEâ€ 1973 with Dan Daily, Mike Conners, Ken Berry
6. MITZI GAYNOR â€œ100 GUYSâ€ 3/24/75 with Michael Landon & Jack Albertson