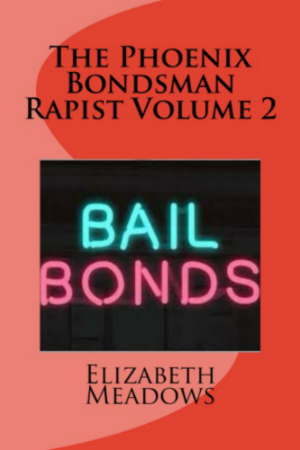 Overview
The Phoenix Bondsman Rapist by Elizabeth Meadows
Haillie walked quickly into her office that she owned here in Phoenix, Arizona. Josh and Amanda were already waiting for her. She had met both of them at a cafÃ© that college students go to when they studied. Neither of them were college students, but they enjoyed going there to take advantage of the free WI-FI. Haillie didnâ€™t have very many friends. She was different from everybody else, and people donâ€™t like different. Most people can answer this question easily: What is your gender? Haillie answers that question depending on what day it is. She could be a very pretty girl when she wanted to be. She had short spiky blonde hair, usually with red tips. No matter what gender she felt like being that day, she always gelled her hair up to stand straight up in spikes. Haillie was born with both male and female parts. This is why she chooses which gender she wants to be depending on her mood. Most hermaphrodites choose their gender, or have it chosen for them at a young age, and they stick to it. When Haillie was born, her mother decided that she looked more like a girl, so she grew up being forced to be a girl all the time. Haillie wasn't normal when it came to school either. She was a prodigy child. She graduated high school at the age of 14. She began college right after. She didnâ€™t hesitate. Her mother wanted her to be a doctor, so she said fine, and went to medical school. When her mother died four years ago, she only had a month left of school, and she was an honor student, so she finished it, but afterwards, she didnâ€™t go to the hospital like everyone else in her class. She was given a position the moment she graduated, but thatâ€™s not where her heart was. Her father had gotten a life insurance pay out when her mother died, and he gave her the cash to buy this space, and become a bounty hunter. Being a bounty hunter was her true dream, but her mother refused to support her doing this.