The Feather and Father Gang - The Complete Series, 5 DVD Set 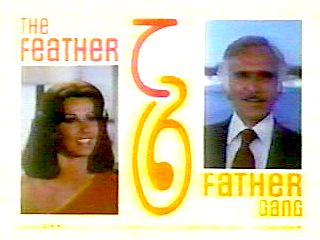 The Feather and Father Gang


Please do not buy until you're ready to pay immediately.


To help investigate her cases, a lawyer uses her father, an ex-con who employs a variety of scams, disguises and shady acquaintances.


All discs have interactive menus, making it easy to watch a certain episode.