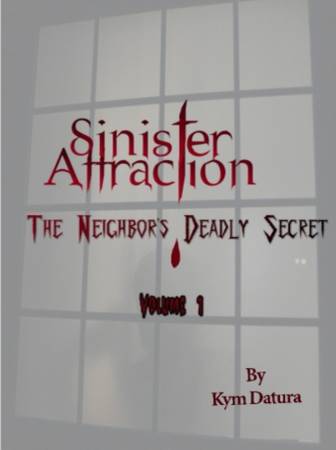 On the days he would miss a feeding, he would age a little. Over centuries of time, the accusation of missed feedings had given him his old age appearance. And in a way, he liked it. He liked looking old. Most people donâ€™t bother an old man who lives alone. Besides, when he was younger looking, it reminded him too much of happier times and his beloved Amelia.

Martin eventually found himself a job as a security guard at a blood bank when it had first opened. He took the late night shift and had been there ever since; over fifty years now, a fraction of how long he had actually lived.
Sinister Attraction: The Neighbor's Deadly Secret

He would bring his cooler in with the staff thinking he was bringing in his lunch, he would take a few bags of blood from the blood bank cooler and place them on ice in the cooler every night to sustain his feedings. On Fridayâ€™s he would take extra bags for the weekend. He never became sick or had to call out of work. In fifty years time, Martin had never missed a day from work.

Now, here was this little girl, Emily, someone who had taken an interest in him and his home. Martin had always been a loner and wanted to be left alone, but there was just something about this little girl, that somehow brought some life back into him and in a way had saved him, much like he was going to save her in the future. fun2readbooks