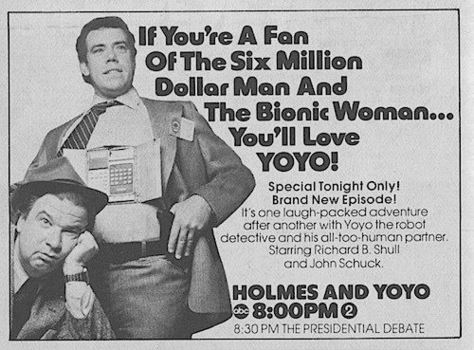 From 9/25/76 with original ommercials. John Schuck comedy with Bruce Kirby and Andrea Howard. 13 episodes were filmed. Carole Stanwyck and Sydney Kovak have nothing in common; they are the polar opposites of one another. Carole is a former socialite, who lost her fortune and is now making a living as a photographer and a courier. Sydney's father's a con-man, so she knows her way around the streets. She is also a pick pocket and a jazz bass player. The only thing that they have in common is the fact that they were both married Raymond Caulfield, a private investigator. When he was killed he left everything including his agency to them. After apprehending the one who killed him, they decided to run the agency themselves. Helping them is Shain, Raymond's assistant, Raymond's mother, Jeanine, and Police Lieutenant Vronsky.