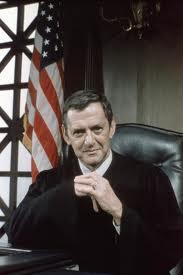 SET CONTAINS 42 OF THE 44 EPISODES SHOWN

EACH EPISODE HAS ITS OWN MENU BUT EPISODES ARE NOT TITLED.

THIS SHOW HAS NEVER BEEN RELEASED ON RETAIL DVD. THIS SET HAS BEEN RECORDED AND COMPILED FROM TV BROADCASTS***

The series starred Tony Randall as Walter Franklin, a middle-aged widowed judge, and took place in Philadelphia . The show followed the reserved Franklin dealing with being a single parent, raising his teenage daughter ( Devon Scott ) and preteen son ( Brad Savage ). At times he also had to play surrogate parent to his daffy English housekeeper ( Rachel Roberts ), whose inedible cooking was a frequent source of humor.

At work, Judge Franklin had to contend with his dour and proper secretary, Miss Reubner ( Allyn Ann McLerie ), and his court reporter, Jack Terwilliger ( Barney Martin ), as well as presiding over court cases.

Actor Zane Lasky played the recurring role of Mario Lanza, a nerdy, overbearing assistant whom Judge Franklin despised, but who kept getting rehired by Miss Reubner. Other recurring roles were played by Michael Keaton (the third film role of his career), Annette O'Toole , and Michael Durrell . In the show's second season, Devon Scott was replaced by Penny Peyser , and Hans Conried joined the cast as Walter's irascible father.

The show was produced by MTM Enterprises and aired for one season on ABC. For its second season, the series moved to CBS where it aired for one more season before being canceled. Writer/producer Gary David Goldberg discusses behind-the-scenes stories in his autobiography

Do to the ease of copying DVDs all sales are final. I will replace any defective DVD