Boca Raton, FL
Member since April 1, 2016
Please only contact the seller if you are interested in buying or bartering for this item. Spam and fraud will not be tolerated. 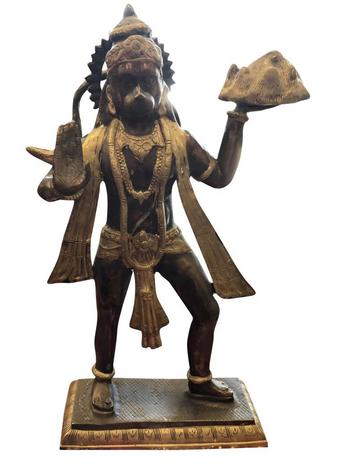 This is a beautifully crafted statue of Hanuman in brass metal. This statue is an ideal hindu style decor object. Hanuman is a Hindu deity, who was an ardent devotee of Rama according to the Hindu legends. He is a central character in the Indian epic Ramayana and its various versions. He also finds mentions in several other texts, including Mahabharata, the various Puranas and some Jain texts. A vanara (ape-like humanoid), Hanuman participated in Rama's war against the demon king Ravana.