Tucson, AZ
Member since September 14, 2008
Please only contact the seller if you are interested in buying or bartering for this item. Spam and fraud will not be tolerated. 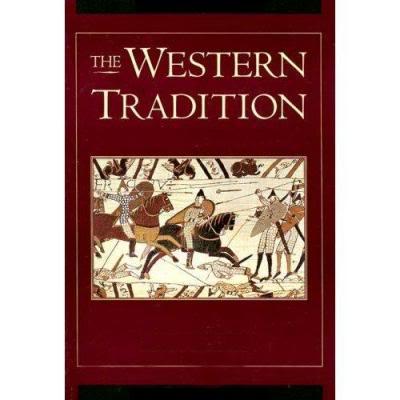 52 half hour episodes on 6 dvds.
This set will ship in sleeves with a detailed episode list.

The Western Tradition Covering the ancient world through the age of technology, this illustrated lecture by Eugen Weber presents a tapestry of political and social events woven with many strands ï¿½ religion, industry, agriculture, demography, government, economics, and art. A visual feast of over 2,700 images from the Metropolitan Museum of Art portrays key events that shaped the development of Western thought, culture, and tradition. This series is also valuable for teachers seeking to review the subject matter. WGBH Boston . 1989.

1. The Dawn of History
The origins of the human race are traced from anthropoid ancestors to the agricultural revolution.

2. The Ancient Egyptians
Egyptian irrigation created one of the first great civilizations.

3. Mesopotamia
Settlements in the Fertile Crescent gave rise to the great river civilizations of the Middle East .

4. From Bronze to Iron
Metals revolutionized tools, as well as societies, in the empires of Assyria , Persia , and Neo-Babylonia.

5. The Rise of Greek Civilization
Democracy and philosophy arose from Greek cities at the edge of the civilized world.

7. Alexander the Great
Alexander's conquests quadrupled the size of the world known to the Greeks.

9. The Rise of Rome
Through its army, Rome built an empire that shaped the West.

10. The Roman Empire
Rome 's civil engineering contributed as much to the empire as did its weapons.

11. Early Christianity
Christianity spread despite contempt and persecution from Rome .

12. The Rise of the Church
The old heresy became the Roman empire 's official religion under the Emperor Constantine.

13. The Decline of Rome
While enemies slashed at Rome 's borders, civil war and economic collapse destroyed the empire from within.

14. The Fall of Rome
Despite the success of emperors such as Hadrian and Marcus Aurelius, Rome fell victim to barbarian invasions.

16. The Fall of Byzantium
Nearly a thousand years after Rome 's fall, Constantinople was conquered by the forces of Islam.

17. The Dark Ages
Barbarian kingdoms took possession of the fragments of the Roman Empire .

18. The Age of Charlemagne
Charlemagne revived hopes for a new empire in Western Europe .

19. The Middle Ages
Amid invasion and civil disorder, a military aristocracy dominated the kingdoms of Europe .

20. The Feudal Order
Bishop, knight, and peasant exemplified some of the social divisions of the year 1000 A.D.

21. Common Life in the Middle Ages
Famine, disease, and short life expectancies were the conditions that shaped medieval beliefs.

22. Cities and Cathedrals of the Middle Ages
The great churches embodied the material and spiritual ambitions of the age.

25. The Renaissance and the Age of Discovery
Renaissance humanists made man "the measure of all things." Europe was possessed by a new passion for knowledge.

26. The Renaissance and the New World
The discovery of America challenged Europe .

27. The Reformation
Voiced by Martin Luther, Protestantism shattered the unity of the Catholic Church.

28. The Rise of the Middle Class
As the cities grew, new middle-class mores had an impact on religious life.

29. The Wars of Religion
For more than a century, the quarrels of Protestants and Catholics tore Europe apart.

30. The Rise of the Trading Cities
Amid religious wars, a few cities learned that tolerance increased their prosperity.

31. The Age of Absolutism
Exhausted by war and civil strife, many Europeans exchanged earlier liberties and anarchies for greater peace.

32. Absolutism and the Social Contract
Arguments about the legitimate source of political power centered on divine right versus natural law.

33. The Enlightened Despots
Monarchs considered reforms in order to create more efficient societies, but not at the expense of their own power.

34. The Enlightenment
Intellectual theories about the nature of man and his potential came to the fore.

35. The Enlightenment and Society
Scientists and social reformers battled for universal human rights during a peaceful and prosperous period.

37. The American Revolution
The British colonists created a society that tested Enlightenment ideas and resisted restrictions imposed by England .

38. The American Republic
A new republic, the compromise of radicals and conservatives, was founded on universal freedoms.

39. The Death of the Old Regime
In France the old order collapsed under revolutionaries' attacks and the monarchy's own weakness.

40. The French Revolution
Liberty , equality, and fraternity skidded into a reign of Terror.

41. The Industrial Revolution
Technology and mass production reduced famine and ushered in higher standards of living.

42. The Industrial World
A consumer revolution was fueled by coal, public transportation, and new city services.

43. Revolution and Romantics
Leaders in the arts, literature, and political theory argued for social justice and national liberation.

44. The Age of the Nation-States
The great powers cooperated to quell internal revolts, yet competed to acquire colonies.

46. Fin de Siï¿½cle
Everyday life of the working class was transformed by leisure, prompting the birth of an elite avant-garde movement.

47. The First World War and the Rise of Fascism
Old empires crumbled during World War I to be replaced by right-wing dictatorships in Italy , Spain , and Germany .

49. The Cold War
The U.S. and Soviet Union dominated Europe and confronted each other in Korea .

50. Europe and the Third World
Burdened with the legacy of colonial imperialism, the Third World rushed development to catch up with its Western counterparts.

51. The Technological Revolution
Keeping up with the ever-increasing pace of change became the standard of the day.

52. Toward the Future
Modern medicine, atomic energy, computers, and new concepts of time, energy, and matter all have an important effect on life in the 20th century.