Mesa, AZ
Member since February 19, 2014
Please only contact the seller if you are interested in buying or bartering for this item. Spam and fraud will not be tolerated. 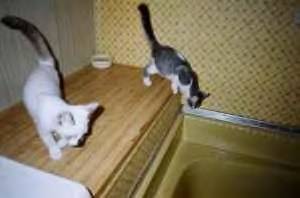 Vengeance Unlimited
The Complete Series
All 16 episodes that were produced.
5 DVD Set

This sets will now be shipped 1st class post because of the high temperatures, the cost is $5.25, which is a little lower than what it actually cost me to ship it out at the air conditioned post office.

I personally recorded this series back when ABC-TV broadcast it for the first time in 1998-1999, all of the 16 episodes they televised.

Please do not buy until you're ready to pay immediately


For the best quality, 3 episodes per disc, except for disc 5 which has 4 episodes and I recorded that disc at a 2:59:00 speed, all of the discs were recorded at the flexible speed, a little bit slower than the 2 hour speed (SP), more like the 2:15:00 speed for discs 1-4, that way the complete disc is used, for the time allotted, for the best possible quality, making this a 5 discs set. Ten of the 16 episodes were recorded in Super VHS.

I AM A COLLECTOR OF MADE FOR TV MOVIES, TV SERIES AND HARD TO FIND MOVIES. I CHARGE A FAIR PRICE FOR QUALITY MERCHANDISE, IF YOU DON'T HAVE ANYTHING I NEED FOR TRADE!

My service is meant to offer rare, not commercially available and hard to find films or TV shows to those looking for them for their own home viewing pleasure ONLY.
No profit is made from my trading and is done only for my enjoyment, to help out others and the chance to expand my own collection. This site is not for commercial use.

Almost all of the shows listed here were recorded personally by me, they are 1st generation, except for an occasional episode on a series and also almost everything listed are the original network telecast not a syndication release were those episodes are cut to make room for more commercials, unless otherwise indicated. I bought my first VCR back in 1979 and when the first MTS broadcast stereo record VCR came out in 1986, I'd immediately bought it, at that time it was the only model that had the MTS broadcast record, all other VCRs that were in stereo could only play videotapes in stereo, they couldn't record the stereo broadcasts that's because there was only one model that had the MTS broadcast record feature, which was made by Mitsubishi. In 1988 I bought the very best Super VHS VCR that was ever made, JVC HR-S8000U and used that VCR on most of my recordings after buying it, to this day, it still the best VCR that was ever made. Like the old saying goes, you get what you pay for!
When making my masters DVD-R recordings from my video tapes, I make sure it has the best possible playback, that even means if necessary, adjusting the tape guide roller to improve on the tracking the tape out further, after all these are for my master DVD recordings collection I'm making, so I want the best possible quality that I can get from my video recordings. First I record the video recording that I want recorded to my DVD hard-drive at the XP (1-hour) speed, there's no compression recording at that speed and then the commercials would be perfectly edited out on the hard-drive recordings, then playlists would be made with the commercials edited out, sometimes it could take me more than 20 min. for an episode to get a perfect edit job and then those playlists (episodes) would then be recorded onto DVD-R discs using the variable speed, thereby the entire disc for the time allotted is used, unlike most seller who have to use a certain record speed, thereby leaving 1/3 or more of the disc not being used, just look at other sellers discs on the recorded side, you see that some of the disc was never used. I've never recorded any of my recordings at a certain set speed, all of my recordings are recorded at the variable speed. Also unlike other sellers, if a master disc develops a bad spot, which has happen a few times to me on my masters, I can always make a new master disc, because I have the original recordings for all of my items for sale. I remember buying from a seller on a different site and 1 disc had a bad spot, that seller sent me 2 replacements of those bad discs and each replacement that was sent had the exact same bad spot, in the exact same place, that's because they didn't have the original recording to make a new one, unlike where I can make a new master disc when a disc develops a problem.

PLEASE NO SALES TO OTHER SELLERS (UNLESS APPROVED BY ME AHEAD OF TIME). TOO MANY SELLERS BUY ITEMS ONLY TO TURN AROUND AND COPY AND SELL FOR THEIR OWN PROFIT (USUALLY AT A LESSER PRICE). SOME OF THESE ITEMS ARE VERY HARD TO COME BY AND I WORK HARD TO GET THEM, SOMETIMES SPENDING A LOT OF TIME MAKING MY MASTER DISCS, AFTER ALL I AM THE ONE THAT DID ORIGINALLY RECORDED THESE SHOWS, BECAUSE MOST ARE MY OWN PERSONAL RECORDINGS, AND I TAKE A LOT OF TIME TO EDIT THE COMMERCIALS OUT OF, ETC. THIS ALSO INCLUDES USING ANOTHER MEMBER I.D. YOU MAY HAVE OR HAVING ANOTHER HOUSEHOLD MEMBER PURCHASE!!