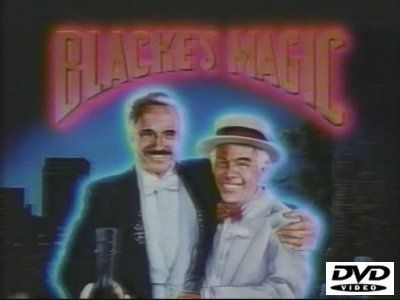 Starring: Hal Linden and Harry Morgan
Alexander Blacke was a debonair detective who had recently retired as a society magician and who now used his bag of tricks to nab murderers and other scoundrels. His understanding of illusion and deception often proved useful in figuring out how seemingly impossible crimes had been committed. Assisting Alexander was his father Leonard, a not quite reformed flim-flam man and master of disguise, whose skills came in handy in setting up ways to expose the bad guys. Unfortunately Dad still found it difficult to stay on the right side of the law, requiring his son to periodically bail him out.

#1
Breathing Room
Ten Tons of Trouble
Knave of Diamonds, Ace of Hearts
Revenge of the Esperanza
Death Goes to the Movies
Vanishing Act
#2
Prisoner of Paradise
Address Unknown
Forced Landing
Last Flight to Moscow
A Friendly Game of Showdown
It's a Jungle Out There
Wax Poetic