Love Him or Hate Him - Donald Trump?

Charlotte, NC
Member since September 5, 2018
Please only contact the seller if you are interested in buying or bartering for this item. Spam and fraud will not be tolerated. 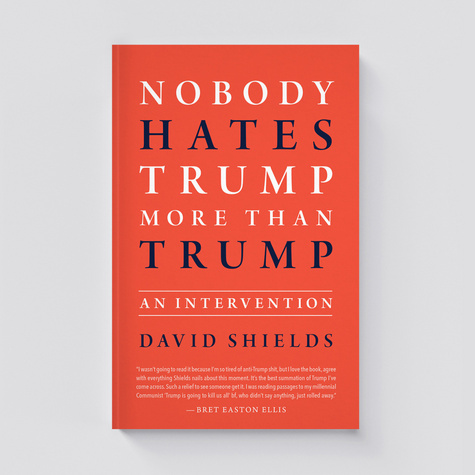 This is such an "interesting read" - as well as so many article out there on Trump......

In his book, Nobody Hates Trump More Than Trump: An Intervention New York Times bestselling author David Shields deconstructs the idiot-savant-autocrat at 1600 Pennsylvania.

His fan-fiction base, and the emotional needs/moral failures of the city, country, and world that created him.
So much has been said and written about President Trump. This author, David Shields takes an inside look and introspective on the current resident at the White House.

Love him or hate him, everybody has an opinion of this President.
Follow the conversation in his book between David Shields and Leah Paulos as they discuss some of the idiosyncrasies of President Trump.
Go to our page - Charlie's Hot Online Finds and Check Out this Book as well as other "Best Sellers".

Get Nobody Hates Trump More Than Trump: An Intervention.