Martinsburg, WV
Member since February 16, 2008
Please only contact the seller if you are interested in buying or bartering for this item. Spam and fraud will not be tolerated.
View seller's other items 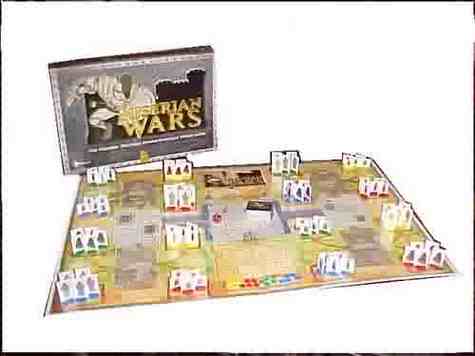 Unwrapped, but never played or set up. Didn't even take pieces off cards (photos are from online).

"2 or 4 players take on the roles of up to 4 different kings. Each king is armed with an army of 4 different guilds; the beggars, merchants, thieves and knights.

The goal is for each king to position his guilds throughout the Land of Miseria. Miseria's old king has passed on and left no heir, this is where the new kings come in. Your guilds must attempt to occupy the 5 sectors of Miseria; the slums, lower and upper cities, the towers and the castle.
Through a series of attacks and maneuvers, players must strategically position their pieces, all while Miseria deteriorates during game play.

Each guild piece has a strength and move value determining its power, while certain sanctions are put in place enabling choice pieces to attack other choice pieces in descending order; knights, thieves, merchants and beggars.
Each sector also gives the defending guild a defense bonus during battle.

Occupy the 5 sectors of Miseria or simply eliminate the other players. And beware of the occasional Chaos Riot that could break out over the entire land!"